The chefs have spoken: Menu trend predictions for 2015

After years on the rise, gluten-free cuisine has fallen out of the top 10 list of the National Restaurant Association's annual survey. 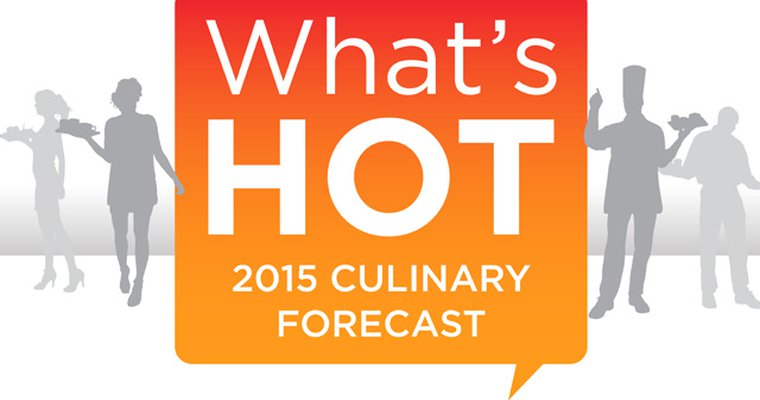 Nearly 1,300 chefs from the American Culinary Federation have put in their 2- cent predictions on what menu trends will emerge in the New Year. Their prognostications are part of the National Restaurant Association's annual "What's Hot Culinary Forecast."

And, judging by their expectations, not much has changed: Locally-sourced proteins and produce remain Nos. 1 and 2 on the list, respectively, for the third year in a row.

The biggest change on the top 10 list for 2015 is the notable absence of gluten-free cuisine. It was No. 5 last year, up from No. 8 the year prior.

In its place at No. 5 this year is "natural ingredients/minimally processed food" – a new trend category all together.

"As consumers today increasingly incorporate restaurants into their daily lives, they want to be able to follow their personal preferences and philosophies no matter where or how they choose to dine," NRA SVP Hudson Riehle said in a news release. "So, it’s only natural that culinary themes like local sourcing, sustainability and nutrition top our list of menu trends for 2015. Those concepts are wider lifestyle choices for many Americans in other aspects of their lives that also translate into the food space."

Rounding out the top 10 this year are:

Besides gluten-free, other trends that fell off the top 10 list this year include children's nutrition (No. 7 last year and No. 5 two years ago) and non-wheat noodles and pasta, such as quinoa and rice (No. 8 last year)

Some of the trends that fell out of the top 10 still managed to make it into the top 20. Rounding out the NRA's list are:

Broken down by category

The survey broke down these food trends into more specific categories, such as daypart and ethnic flavors. Those survey results, in order, include:

On the beverage menu, the survey respondents predict the following trends for the New Year:

The trends considered "yesterday's news" by the large swath of chefs include:

For the first time, the What’s Hot survey is spotlighting overarching trends to watch in 2015, including:

When asked which current food trend will be the hottest menu trends 10 years from now, environmental sustainability topped the list (42 percent), followed by local sourcing (22 percent), nutrition and ethnic cuisines/flavors (13 percent each) and gluten-free cuisine (6 percent).

Finally, while the survey had the chefs' attention, two non-menu questions were added:

What is the hottest technology trend for 2015?

How do you feel about customers taking photos of their food and posting them on social media while dining?

Alicia has been a professional journalist for 15 years. Her work with FastCasual.com, QSRweb.com and PizzaMarketplace.com has been featured in publications around the world, including NPR, Good Morning America, Voice of Russia radio, Consumerist.com and Franchise Asia magazine.