A recent lawsuit on behalf of a blind customer against Eatsa, a restaurant that uses self-order kiosks, has put the kiosk industry in the spotlight. 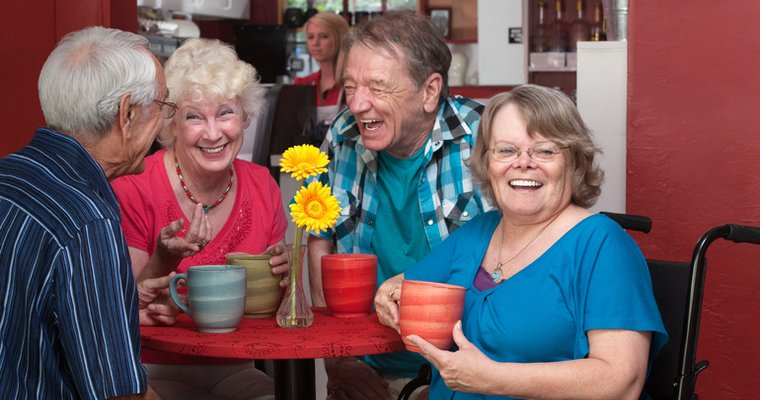 A recent lawsuit on behalf of a blind customer against Eatsa, a restaurant that uses self-order kiosks, has put the kiosk industry in the spotlight.

The American Council of the Blind filed a lawsuit in late March in the U.S. District Court for the Southern District of New York against the fast casual restaurant chain on behalf of a legally blind customer. Michael Godino said he was unable to use the self-serve kiosk in a New York CityEatsa to browse the menu, check prices, select ingredients, review his order or pay since the device was inaccessible. The lawsuit alleges Godino could not pick up his food since the food delivery system was not accessible.

Although requirements under the Americans with Disabilities Actdo not provide black-and-white specifications as to what kiosk deployers and integrators must do to comply with the law, the complaint asks the court to order Eatsa to take necessary steps to ensure compliance with ADA and state law.

The Eatsa case is just one of several that have been filed concerning kiosk and vending machine accessibility.

Last year, a consumer sued Targetclaiming that its price reader kiosks were not equipped with auxiliary aids for the visually impaired. In May 2016, the plaintiff attempted to use a price reader kiosk in a Miami Target store, "was unable to comprehend the information (prices)" because of the access barriers.

A risk to retailers?

The Target complaint poses a unique risk to retailers, considering that some states, including Massachusetts and Connecticut, have separate laws requiring price-verification scanners, according to an analysis by the Sedgwick law firm.

Earlier this year, Wal-Mart settled a disability rights suit by installing equipment in its California stores to enable people in wheelchairs to read the screens at checkout display terminals and make credit card purchases on their own. The suit claimed that the machines at many Wal-Mart stores were so high that disabled customers had to "stretch and strain" to see the screens or were unable to view them from their wheelchairs.

The settlement will make the point-of-sale machines at California stores accessible to the more than 300,000 Californians who use wheelchairs or motorized scooters.

Coca-Cola suit could be significant

A lawsuit against Coca-Cola Refreshments USA by a blind person over access to a hospital vending machine could have significant implications for kiosks and vending machines. The suit contends that the vending machine itself falls under the law's definition of "places of public accommodation." A court in February asked the acting solicitor general to file the government's views on this case, Magee, Emmett v. Coca-Cola Refreshments USA. The case is now before the Supreme Court.

A district court dismissed the case in 2015, however, saying the machines were not "places of public accommodation" since they are found inside such entities along with other goods and services.

The company, in its response, further noted that no one since the ADA's passage in 1991, has until now tried to argue a vending machine itself is a place of public accommodation.

The petitioner appealed the case in August of 2016, and the Fifth Court unanimously affirmed the prior court's ruling.

Other courts in previous cases, however, have interpreted "public accommodation" as covering more than just physical structures. Coca-Cola, in its response, noted that the cases in which courts have ruled this way involve questions about whether Title III applies to insurance policies. Title III focuses on private businesses (also known as public accommodations), according to the ADA National Network. All new construction and modifications must be accessible to individuals with disabilities.

The central question presented by this case is whether a piece of equipment that exists within a public place is, standing by itself, a "sales establishment" within the meaning of the law and therefore a place of public accommodation separate and apart from the public accommodation in which it is located.

Coca-Cola further claimed that even if the court agreed that the machine is a place of public accommodation, the accessibility features the petitioner demanded were not required under ADA.

In February of this year, the plaintiff filed another brief to an appeals court claiming that the application of Title III only to "physical structures which persons must enter to obtain goods and services would run afoul of the purposes of the ADA."

The ADA's "sweeping purpose," according to the plaintiff's brief, was "to eliminate discrimination against disabled individuals, and to integrate them into the economic and social mainstream of American life."

The case, therefore, comes down to whether a vending machine, like a hotel, is a place of public accommodation, according to Tony Black, writing in The Michigan Review, a law review.

The Supreme Court ruling on the Coca-Cola case could have far-reaching consequences for the vending and kiosk industries, said Heather Bailey, a knowledge source partner for the National Automatic Merchandising Association and a partner at SmithAmundsen LLC.

"It's kind of like wait and see," she said. "That's going to be an issue where vending machines are going to get regulated ... for needing to be either auditory or Braille or whatever it is. I wouldn't invest in any machines that aren't ADA compliant if you can help it. I wouldn't go out and get all brand new machines right now. Let's see what the Supreme Court says on the vending machine issue."

Bailey said the American Council of the Blind has sent letters to banks asking them to make their websites accessible to the visually impaired. She said bank attorneys are also concerned about the accessibility status of ATMs.

"You’re asking for a revamping of their whole industry," Bailey said for the vending and kiosk industries.

The Department of Transportation extended its kiosk accessibility rules recently, according to Deque Systems, a web accessibility software and services company.

In a 2011 suit filed by the California Council of the Blind against JetBlue Airways, a district court judge ruled that state discrimination laws did not apply to websites or kiosks.

The judge dismissed the case after ruling that the Department of Transportation's rules superseded the state's disabilities laws; at the time, the DoT did not have rules requiring web and kiosk accessibility.

However, the DoT has since extended its rules to include web and kiosk accessibility.

Accessibility for the visually impaired presents some unique challenges to the kiosk industry since the laws do not specify how devices should provide access. As assistive technologies improve, disability advocates will naturally want self-serve kiosks to incorporate new technologies to improve access.

Part 2 in this two-part series will explore how manufacturers can make kiosks more accessible to the visually impaired.