Are you ready for some robot sushi?

Darren San Sushi is relying on sushi-making robots at its location within SoFi Stadium, where 70,000 fans gather to watch the National Football League's LA Chargers and Rams. 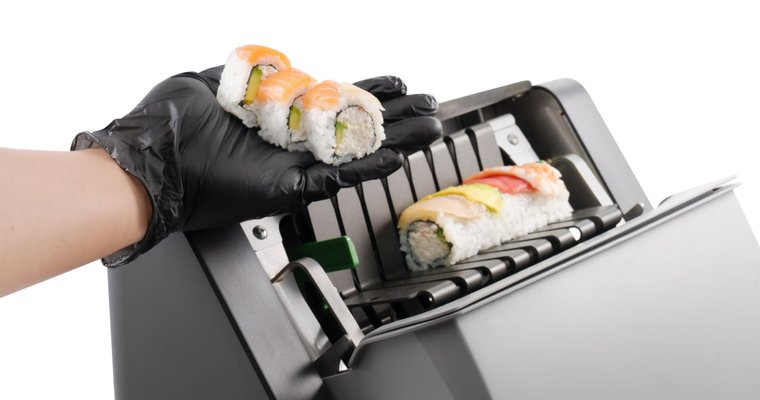 LA Rams and Chargers fans have more than just touchdowns and sacks to look forward to at SoFi Stadium this football season. They'll also see sushi-making robots, thanks to Darren San Sushi, the vendor that manages the stadium's sushi operations, as it is adding the ASM260A Maki Cutter this month to the restaurant's operations lineup.

"With a capacity of 70,000 fans, SoFi Stadium creates a unique challenge for serving all of our customers fresh and delicious fish," Chef Takaharu Hirano told FastCasual.com in an email interview. "Autec's ASM260A helps us accommodate the large crowds and high-demand for susi."

The Maki Cutter can cut thin and thick rolls, including up to four thin rolls into six, eight or 10 pieces at once. The rolls are raised upward through an internal cutting unit, mimicking the delicate motions of a sushi chef's knife. Even rolls with toppings can be expertly cut while keeping their elements perfectly intact, Takaharu said.

"The time of preparing each plate has to be kept to a minimum while keeping the quality at high standards for Darren San Sushi's optimal operation at the stadium," Takaharu said. " Since we have to serve large amounts of people in such a short time, it would be virtually impossible for us to prepare everything prior to the game by conventional means. By utilizing AUTEC's robots, we are able to focus more toward customer satisfaction, without sacrificing the quality of the sushi itself."

The initial cost range for the robot is between $5,000 and $20,000, which is worth the investment, according to Hirano, who said integrating the technology cuts down on customer wait times and allows staff to focus more at the front-of-house operations as opposed to the back-of-house operations.

"We've been able to retain the same amount of staff, and now they are able to interact more with our customers face-to-face and make sure every customer has a memorable and positive experience with our brand," he said.