This four-part series explores the successes and challenges of the food truck industry, Food truck revenues have increased from $650 million in 2013 and should hit $2.7 billion this year. 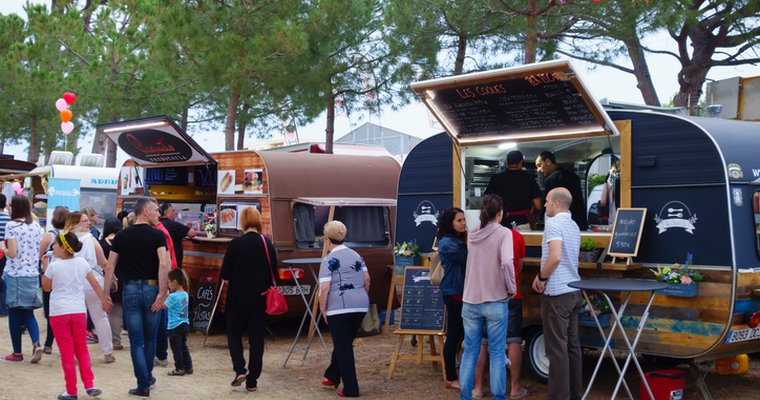 Editor's note: This four-part series explores the growth of the food truck industry.

The gourmet food truck has established its niche in the American foodservice landscape, and these restaurants on wheels aren't putting on the brakes anytime soon.

In fact, the food truck industry, which is the fastest-growing channel in today's foodservice industry, has grown from $650 million in 2013 to a projected $2.7 billion this year, according to Emergent Research.

Jeremy Adams, co-owner of Prestige Food Trucks, estimated that there are 30,000 to 40,000 trucks operating in the United States, but that wasn't always the case for this emerging industry.

How it all began

The origins of what is today known as a food truck — a mobile kitchen serving fast casual quality restaurant food from a truck — is debatable, but most would pinpoint the beginning to the start of the new millennium.

Most would also agree that social media, another millennial innovation, has played a major role in giving today's food trucks their identity as fast casual restaurants on wheels. The marrying of mobile communication with mobile service has delivered a new foodservice venue that meets the needs of today's time-starved, mobile-connected consumer.

One of the unique defining characteristics of today's food trucks — which bear little resemblance to their mobile industrial catering forbearers (also known as "roach coaches") — is their entrepreneurial character. With less than $100,000, an entrepreneur can launch a food truck that can earn $250,000-$500,000 per year, according to a 2015 IBISWorld report.

The industry's drivers: Independents vs chain

While national chains have managed to pare the ranks of independent brick-and-mortar restaurants over the last two decades, independent players continue to drive the rapidly expanding food truck scene, a movement that most observers expect to continue for some time.

Although the vast majority of trucks are owner operated, it would be wrong to say that brick-and-mortar restaurants as a whole haven't recognized the food trucks' rising power.

One sign of the growing acceptance of food trucks is brick-and-mortar restaurants' massive entry into the market.

According to the National Restaurant Association, fewer than 10 percent of brick-and-mortar restaurants operate a food truck, but a large number see potential value in the concept, according to the association's 2015 survey.

The food truck's independent nature delivers a wide variety of menus to consumers, who appreciate the diversity in addition to the convenience. Another sign of the independent nature of food trucks is the prevalence of custom truck building. Food truck manufacturers reported that nearly all orders are custom orders.

While the food truck has carved its niche in the foodservice landscape, new challenges are coming to the fore as the industry matures, said Keith Hill, who, three years ago, launched his food truck, I Love Bacon in Huntsville, Alabama. While gourmet food trucks have existed for more than a decade, it is still a young industry, which brings some unique challenges.

"In this incarnation, it's a new type of business," Hill said. "Sure, food trucks have been around for years. But this chef-driven, high-end food truck model is still fairly new. That being said, it's sometimes tough to get in touch with another business owner, running a comparable outfit, that can tell you what to expect."

It can take a couple years finding, through trial and error, lucrative locations and events, Hill said.

"In our market, you're seeing the trend start to plateau," he said. "Numerous trucks that don't have a focused niche are starting to show signs of trouble. We hate to see it happen because with food trucks, the more that work together, the better for everyone."

While most observers interviewed indicated there is less pushback from brick-and-mortar restaurants than a few years ago, Hill said it is still a problem. He said chain restaurants are putting “no food truck” clauses in retail development leases.

Part 2 of this series will discuss how food truck operators are supporting the food truck industry.