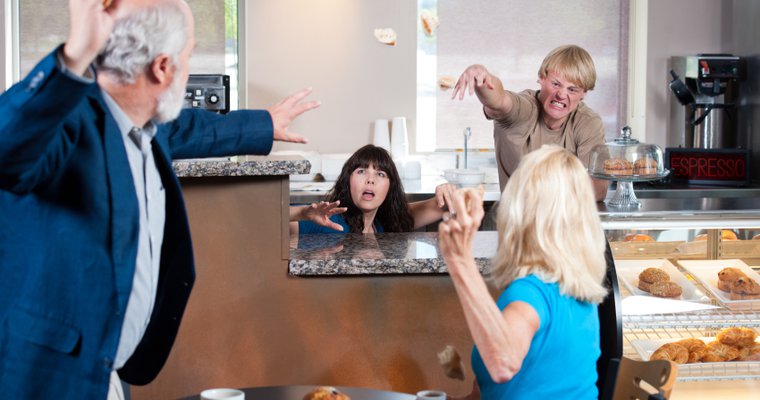 The food fight on Capitol hill continued last week, with the House passing HR 2017  — also known as the Common Sense Nutrition Disclosure Act of 2015, but it appears there are actually no winners.

No, it’s not a remake of the popular movie “Animal House,” but to me it sure feels like it.  What came out of last week's new proposed legislation was confusion and power struggles, and so today, that is what’s on the menu.

The Affordable Care Act did, in fact, did call out national menu labeling, and after much delay and discussion, the FDA in 2014 finally came out with draft documents to uphold that piece of the law.  The challenge was that the original 400-page document (that did get reduced down to 105 pages) added a number of new and unexpected parts to it.

Stunned by the additions, the restaurant industry started to react as the weight and depth of the law sank into new areas of food service being effected They included:

The bottom line: The bill, which must pass next through the Senate and then make it through Washington, before it may become law, requires any foodservice provider that has 20 or more locations must label nutritional facts on its menu. To top it all off, the FDA added alcohol to the menu-labeling roster. No one saw that coming, and it was a considerably sobering thought any way you poured it. Calories on crafty beers also were to be mandated.

Let's get down to the details — provided by Claire Willis Director of Culinary Nutrition here at MenuTrinfo —  of HR 2017. The bill would give restaurants and other establishments more flexibility when it comes to declaring calories on their menus and menu boards, but it also limits their accountability. This could lead to inaccurate or misleading caloric values and reduce the intended uniformity outlined in the original guidelines. It also pushes back the deadline, which makes consumers wait that much longer for this valuable information.

Below are eight ways the menu-labeling guidelines will change if HR 2017 becomes a law.

1.Instead of requiring restaurants to list calories for the standard preparation of the menu item, they would have a few additional options:

Pro: For pizzerias that party-cut their pizzas and would previously be required to list the calories for the entire pizza, they would now have the option to determine the number of servings and list the calories for that amount. Additionally, catering menus or family-sized meals could be broken down into single serving amounts so restaurants don’t need to post the full caloric value on their menus.
Con: Restaurants could take advantage of this and post unreasonable serving sizes. For example, a single cheeseburger meal could be listed as two servings, or a single chicken wing could be declared as a serving even though a basket of 12 are given to a guest. This could become confusing and potentially misleading for the guest.

2. For restaurants that receive the majority of their orders off-premises (such as pizza that get mostly online or phone-in orders), they can list their calorie information online and not post it on in-store menus or menu boards.

Pro: This would reduce costs for these types of restaurants.
Con: There are still guests that go in the stores to order, so they won’t see nutrition information.

3. “…Variations in serving size, inadvertent human error in formulation or preparation of menu items, variations in ingredients, or other reasonable variations…” will not be counted against the restaurant as long as they used a reasonable basis to derive their numbers. In other words, restaurants cannot be held accountable if their posted nutritional content isn’t correct because of human error or product changes.

4. Pro: Scratch-cooking is not an exact science, which is what this is accounting for.
Con: Restaurants are not being held as accountable for their posted information and might not take the accuracy of those values as seriously as before.

5. For combo meals and variable menu items, the bill would allow for more options to label calories on menus and menu boards:

Pro: Restaurants are given more flexibility to label calories in a way that best suits their menus and menu boards
Con: There is likely going to be less usable information for the guest, especially if only an average is listed. If a certain combination meal can range from 400 to 800 calories, having an average of 600 calories per meal results in a 33 percent variance from the lowest and highest option.

6.The deadline would change to two years after final guidance to the bill is released (which is supposed to be less than one year after the bill is signed into law)

Pro: The industry has more time.
Con: They’ve already been given a one-year extension from the original compliance deadline.

7. Restaurants will no longer be required to provide certifications for their reasonable basis or that the factors used in completing the analysis are being followed at the store level.

Pro: Reduced liability for restaurants.
Con: There is no accountability for the accuracy of the posted values.

8. Restaurants would only have to label their primary menu or menu board, and not additional materials such as advertisements, social media posts or any in-store promotional materials.

Pro: The restaurant has less to keep track of and this could reduce printing costs.
Con: If a consumer is placing an order from something that’s not deemed a primary menu item, they will not have the calorie information available as they order.

MenuTrinfo is dedicated to helping foodservice operators including institutions, restaurants and catering operations protect the lives and health of customers by meeting and exceeding food safety needs, food allergen challenges and new nutritional labeling regulations as required by law.