Two fast casual brands known for leading the industry — Sweetgreen and Starbucks — are leading their employees to the polls in November. 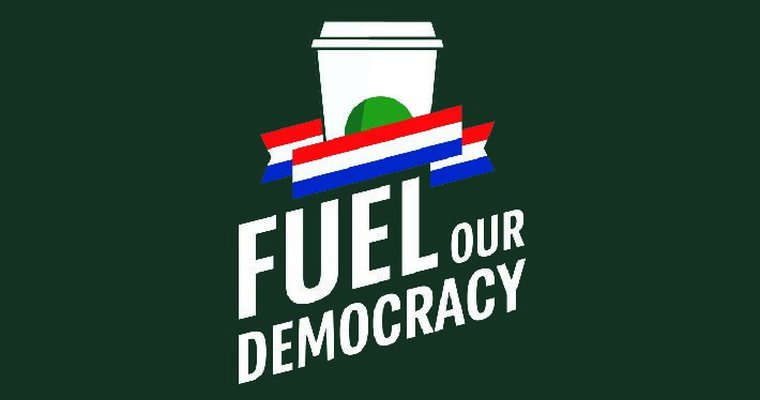 Two fast casual brands known for leading the industry — Sweetgreen and Starbucks — are leading their employees to the polls in November by creating policies to make it easier for them to vote in this year's presidential election.

"In 2016 more than 100 million Americans did not vote in the Presidential Election, with over 35% citing work or school conflicts as the reason," Sweetgreen CEO Jonathan Neman said in an email to FastCasual. "Now more than ever, voting will be uniquely challenging with social distancing requirements and changes to polling stations. We believe everyone should have a seat at the table and want to empower our team to have a say in the local and federal policies that impact us every day."

Sweetgreen, which has more than 100 locations, will provide up to three hours of paid time off for all hourly employees to either vote on election day or to vote early. The chain has also created a registration portal as well as a QR code in partnership with When We All Vote, making it easier for team members to register.

"We'll be hosting internal speaker series and webinars for all Sweetgreen employees to help educate our teams on voting in the time of coronavirus, how to vote early, and what's at stake this election," Neman said.

The first webinar was last week and featured speakers from the League of Women Voters with a second one set for Sept. 17. The American Civil Liberties Union will host the final session on Oct. 15.

In a letter Thursday to employees, Starbucks CEO Kevin Johnson unveiled his plan to encourage team members to vote.

"The upcoming election is a reminder that we, as citizens, play an active role in our society by simply getting involved and voting," Johnson said in the letter. "Who you vote for is a very personal decision that you make as a citizen. It is one way for you to be heard."

The first step in Jonnson's plan begins with conversations between managers and partners to help ensure its 200,000 employees have the tools and the time necessary to register and cast their votes. Key initiatives supplementing these conversations include:

"We are proud to support Starbucks' strong, bipartisan commitment to ensuring all of their partners have the tools, time and support they need to register and vote — and by encouraging their customers to do the same," Steven Levine, director of the Civic Alliance, said in a company press release. "Starbucks is also leading the way in supporting employees who want to volunteer as poll workers, a crucial act of leadership that will help meet an urgent need during this pandemic."

"We are thrilled to have corporations like Starbucks who promote civic engagement and community resiliency in the fight with us," NAACP President and CEO Derrick Johnson said.

No one should be forced to choose between sacrificing a paycheck and exercising their constitutional right to vote, but that is a reality for far too many, said Vanita Gupta, president and CEO of the Leadership Conference on Civil and Human Rights.

"Our democracy works best when everyone participates," she said. "By arming employees with options for how to cast their vote, providing nonpartisan volunteer opportunities at select polling sites, advocating for robust policies for safe in-person voting and aiding customers in registering to vote, Starbucks is doing its part to remove barriers to the ballot box and ensure all voices are heard in this election. We hope more employers will follow Starbucks' example."