Has US demonized restaurant industry as spreader of pandemic?

As a surge in COVID-19 grips the nation, restaurateurs are growing weary of the finger-pointing at their businesses as a major factor of rising cases. Instead, they say Americans should focus on ways to save the industry, which is a major economic engine for the country. 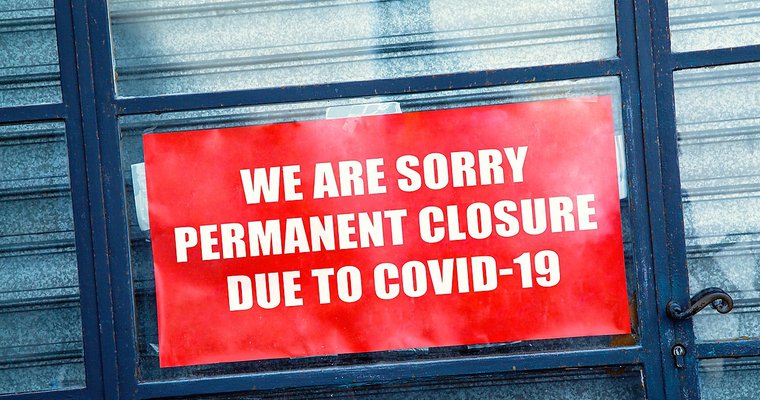 As a surge in COVID-19 grips the U.S., restaurant leaders are rolling out increasing safety precautions, while some smaller chains and mom-and-pop shops find themselves closer to make-or-break time than ever.

Even the so-called "big guys," like McDonald's, are on high alert as many states begin to increase dining restrictions.

"In the last several weeks, we've all seen several 'starts and stops' with the virus — both in the states throughout the U.S. and around the world," McDonald's CFO Kevin Ozan told investors this week during a Q2 earnings call. "And while we expect this to be the norm until a vaccine is widely adopted, we believe our Accelerating the Arches strategic plan will deliver strong results the next couple years."

And like nearly every restaurant still in business, McDonald's has repeatedly "pivoted" to meet the challenges of the pandemic, including updating about 50 restaurant processes for safety, creating a 59-page guide on new standards, including wellness checks and protective barriers as well as distributing more than 100 million masks to date, according to an email from the company.

Although these brands are adapting in ways they never have before, there is stress, and it is opening fissures of frustration across the industry, particularly as individual states begin once again restricting restaurant operations as one of the first orders of COVID-fighting activity.

In fact, as winter approaches many brands are considering just shutting down for the winter and laying off their teams, with an estimated 100,000 restaurants expected to temporarily or permanently close by year's end, according to The Hill.

"I do think there has been an unfair amount of demonization of the restaurant industry, versus the amount of stimulus provided to the industry."

Pile on top of that, the fact that 2.1 million foodservice jobs were lost, according to the latest monthly U.S. employment report, as well as the fact that shuttered restaurants lead to job losses in other industries.

Clearly, it's everyone's problem, but according to one Ohio restaurateur who's been active in industry communication, the restaurant industry is still bearing the brunt of the pandemic business restrictions and fallout, despite the industry receiving little in the way of sector-specific relief.

"I think restaurants and bars are unfairly targeted for being the primary source of transmission," Prakash Karamchandani said Thursday during an interview from his Toledo, Ohio-based Balance Pan-Asian Grille chain. "That's not to say they (restaurants) aren't a source for its spread, but that is highly dependent upon the restrictions of individual operators. … There are some reckless operators, but I don't think that merits restaurant and bars being the first thing to be pointed at because that's not what the data says."

In fact, one such piece of data published this week in the journal, Nature, did just that kind of finger-pointing, according to the National Restaurant Association. The study revolved around scientific modeling by a group of researchers from Stanford and Northwestern universities to show how COVID-19 spreads in 10 of the biggest U.S. metro areas.

"Our model predicts that a small minority of 'superspreader' POIs (point-of-interest) account for a large majority of infections and that restricting maximum occupancy at each POI is more effective than uniformly reducing mobility," the researchers said in the study report. "Our model also correctly predicts higher infection rates among disadvantaged racial and socioeconomic groups solely from differences in mobility: We find that disadvantaged groups have not been able to reduce mobility as sharply, and that the POIs they visit are more crowded and therefore higher-risk. By capturing who is infected at which locations, our model supports detailed analyses that can inform more effective and equitable policy responses to COVID-19."

Thursday, the NRA issued a statement calling the study's findings into question primarily because it said the predictive modeling used to draw conclusions fell short when being applied to the real world. The organization claimed that it was fraught with error around things like whether the restaurants used safety measures, the size of the sample studied and the fact that the report only pinpointed "predicted" transmission rates based on modeling only, not on real-world contact tracing.

"Restaurants everywhere are fighting for survival. Let's get common sense relief done for an industry that employs millions and keeps America fed."

The NRA called attention to the researchers' own words in the report, admitting that "the mobility dataset we use has limitations" and "does not include all real-world features relevant to disease transmission."

"We would not dispute the researchers' conclusions that disadvantaged individuals had higher mobility during the research period and therefore may have been at higher risk of contracting SARS CoV-2," the NRA said in a statement. "However, absent contact tracing and public health data determining who among the groups actually contracted the virus and without a higher level of specificity to where they contracted it, using a modeling exercise with anonymized location data pulled from mobile devices is not an acceptable way to determine that restaurants were a likely cause for virus transmission."

Coming down too hard on the restaurant industry?

Karamchandani and the NRA's claims pose that coming down too hard on restaurants is only making matters worse by shutting down all the societal and economic benefits they provide. In fact, Karamchandani said those very benefits are one reason why the restaurant industry in general deserves some type of industry-specific relief or stimulus nationally.

"I think all industries need some form of stimulus … but I do think there has been an unfair amount of demonization of the restaurant industry, versus the amount of stimulus provided to the industry," he said.

"There does need to be second round of PPP and some type of extended unemployment benefits … and maybe even figuring out how to provide a cap to that. But don't make it penalize restaurants. … Where's the restaurant-specific help? … If there were additional stimulus, I think you would see it would increase the options."

White Castle is continuing to focus on team member and guest safety as we've been doing throughout the pandemic," he said. "We've elevated focus on our mobile app — it's a safe and easy way to order. And based on feedback from our general managers and team members, we have elected to keep our dining rooms closed for dine-in and have remained focused on serving our customers with carry-out, drive-thru and third-party delivery options.

"We want this to be over — but we know we all have to be vigilant as we work toward that day. …Our elected leaders need to do what restaurants around the country do every day — work through challenges to provide solutions for those we serve. The pandemic is real. The pandemic isn't going away on its own. And restaurants everywhere are fighting for survival. Let's get common sense relief done for an industry that employs millions and keeps America fed."

Pizza Marketplace and QSRweb editor Shelly Whitehead is a former newspaper and TV reporter with an affinity for telling stories about the people and innovative thinking behind great brands.

Rooster & Rice thriving amid pandemic, standing up to Asian hate

Pandemic inspires Mighty Quinn's to make soap, save the competition