Artificial intelligence technology is proving to be a panacea to the restaurant industry’s labor challenges while also presenting a consistent way to drive upsell and boost the bottom line. 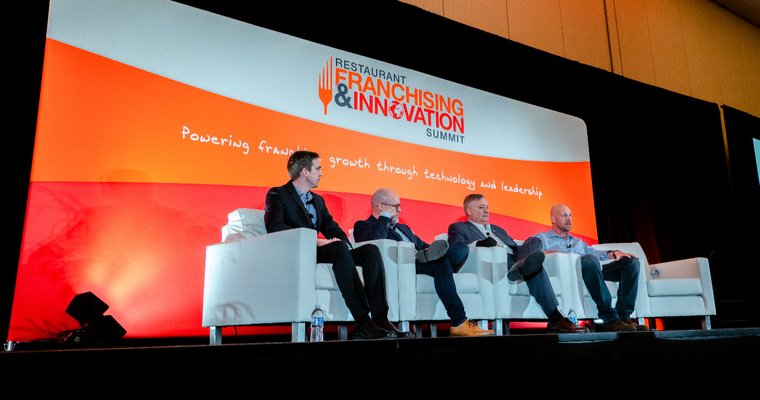 The restaurant industry, whether it's the QSR, the fast casual or the pizzeria, is under siege thanks to the COVID-19 pandemic even though pandemic mandates and dining restrictions are mostly gone and customers are flowing back into dine-in environments.

That's because the pandemic ignited the "Great Resignation" among the generational workforce restaurants heavily rely on — from the 16-year-old to the late-20-year-old — creating a labor shortage and a hiring and employee retention challenge that is, in some cases, not allowing some restaurants to return to full speed and driving many restaurants toward technology solutions.

One technology gaining ground is artificial intelligence, a tool that's replacing human interaction at the drive-thru order window and playing a stronger role every day in the consumer in-dining experience — from self-order kiosks to self-pay and self-checkout as well as delivery and curbside pickup.

"We [the restaurant industry] are paying more for labor than we ever have. People are really hard to find and I don't think it's going to change any time soon. I think this is a time where tech is finally here to help us and at the same time I think it's really able to," said Sean Kennedy, president and CEO of Cowboy Chicken, during a panel talk, "Labor Shortages? AI to the Rescue," at the Restaurant Franchising & Innovation Summit held this month in Nashville, Tennessee.

The annual RFIS event, hosted by Networld Media Group, is a three-day conference providing a forum for executives from leading brands to share success stories and how they are innovating to grow their franchises.

The panel session, sponsored by Valyant AI, was moderated by Valyant AI CEO and founder Rob Carpenter. Joining Kennedy on the stage were Dave Craig, VP of human resources at Fazoli's and Phil Crawford, CTO at CKE Restaurants.

In kicking off the panel talk, Carpenter noted the labor shortage is "an area that is of critical important to a lot of restaurants," and that AI is proving to be a game changer in filling the worker gap as well as driving higher revenue.

"With one of our clients we're seeing an average of 15% increase in check size just through that consistent upsell that AI can provide," he said.

He then queried the panel on AI strategies deployments, results and challenges.

At CKE Restaurants the labor issue is driving operational changes, menu modification and a quest to simplify as much as possible at a high level.

"We are playing with automation and machine learning deployed in a variety of different locations through the nation," said Crawford, explaining the company has deployed AI at the drive-thru, which handles a majority of customer sales.

"We're experimenting in the back of the house as we think that's the next generation of AI. The stuff you see now has already been done overseas — we're just catching up here in the States and right now it's very robotic. We're Gen 1 but it has such potential," he said, adding "AI opens a Pandora's box" and "from a technologist's standpoint that's amazing."

One reason for AI's early success, he said, is that today's consumer is very accepting of AI innovations (a.k.a. Amazon's Alexa) and it's pretty much become the norm.

Early AI automation tests and pilots have been very positive for CKE Restaurants which is the parent company of Hardee's and Carl's.

"We have seen great results with AI in the drive-thru, with order accuracy above 90% and the upsell accuracy. Average transaction increases because people have become used to talking to a machine in a variety of different ways and it is kind of part of the norm," he said.

One reason for success is that the brand gives customers a head's up that they'll be ordering from an AI engine at the drive-thru.

"Consumers are generally accepting (when) we message the guest before they're about to talk to a machine, so consumers can interact as they understand," he said.

Not only have customers responded well, so have the brand's employees.

"Our employees were extremely hesitant at first, but last month I was at a restaurant and the staff expressed how much they love it as it takes away the mundane tasks," he said, adding that unlike human order takers, AI engines don't experience a bad day and can't project that in the customer interaction.

"I think consistency is the key and AI should be an enabler and not an inhibitor to your business. Often people think you need to be all AI in order to do everything under the sun, but if it doesn't fit, don't install it. If it doesn't makes sense to always sell somebody a lemonade on a cold day, then don't sell a lemonade on a cold day and don't become annoying to the guest. You need to use some basic common thought process, otherwise the consumer will revolt and drive off," advised Crawford.

At Fazoli's, AI is not only top of mind due to labor challenges, but the challenge of pay given retailers are paying $15 to $16 an hour, or the $20 to $21 range Amazon offers fulfillment staff. The company is running a five-unit test in drive-thru operations with call center backup. It's also deployed self-service kiosks which, right now, have a utilization point of 10% to 12%.

"We started off with 40% accuracy [in drive-thru order] but AI learns as time goes on and that's now up to 80% to 83% order accuracy which is probably very equal to what our cashiers do. There seems to be customer acceptance of that technology, so we're excited about that," said Craig.

"Regarding the employee perspective, we haven't heard anything negative. Right now our focus is on, 'is the guest going to accept it?' and what are the benefits to the business. Revenue generation is another aspect as AI never forgets to upsell and that can only be a win."

At Cowboy Chicken the labor shortage pains are just as acute as at Fazoli's and CKE Restaurant, and Kennedy isn't expecting the scenario to change any time soon.

"We, like any other company, (are) looking for integrated technology that can help us grow sales, take care of our business better," he said, sharing an analogy of the benefits airlines are getting from the deployment of self check-in kiosks. The approach, said Kennedy, is a perfect example of how to distribute customer wait time and labor time.

"I look at that all the time and think, 'that's genius,' and I think we should do that more and more in restaurants," he said, adding there is not reason for restaurants to give up on the critical hospitality factor and customer engagement while relying on technology that puts more labor tasks onto the guest. For example, a greeter engages with a guest and directs them to a kiosk for ordering, explains where to get their drink and then retrieve their food order.

"Part of the solution to solving our labor issue is to shift labor back over to the guest. They don't mind it, they're becoming more and more used to it and it can help us a lot. I think kiosk tech, kiosk ordering combined with AI for phones is going to be huge," he said.

AI is also proving worthy when it comes to the all-critical upsell effort that has long been a task for the human workforce.

"When we initially launched online ordering in 2012 we saw a significant jump in ticket size because online ordering systems never forget to upsell and it's the same with AI. It never forgets, so that results in a higher ticket average," said Kennedy.

"The goal is to have AI do the mundane work while also increase ticket size along the way and save your really valuable front-facing employees to provide the hospitality that AI can't provide. I think that's the magic."

Registration is now open for The Fast Casual Executive Summit, being held Oct. 9-11 in Indianapolis. Click here to register.

Judy Mottl is editor of Retail Customer Experience and Food Truck Operator. She has decades of experience as a reporter, writer and editor covering technology and business for top media including AOL, InformationWeek and InternetNews.