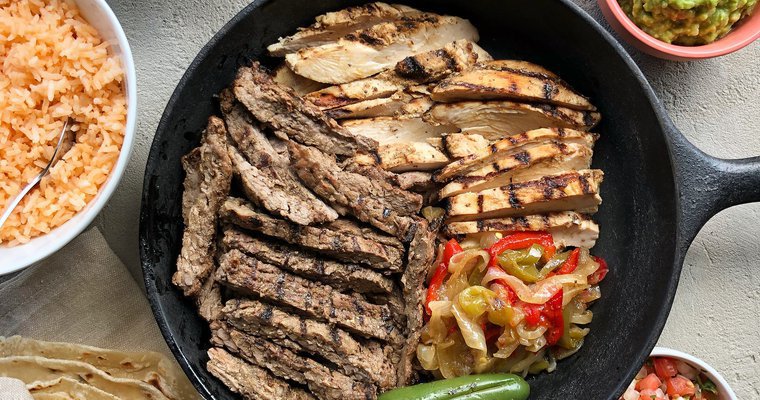 Fajita Pete's has signed agreements with brothers Manish and Manjul Agrawal of Alkire Lake Capital and Christopher Enright of Lone Palm Hospitality LLC to open eight locations in Texas as a part of the brand's expansion that will triple its restaurant count from 16 to 50 in the next three years.

The 12-year-old Houston-based brand is bucking trends as many restaurants shrink or shutter amid the pandemic. Company founder Pedro "Pete" Mora attributed Fajita Pete's continued growth to its tight focus on pickup, delivery and catering of award-winning fajitas, along with high ticket averages, a low cost of entry and an efficient operational model, according to a company press release.

"Many people might think this is not the time to invest in the restaurant business, but partners like Chris at Lone Palm and Manish and Manjul at Alkire Lake Capital are showing that growth is possible with the right formula," he said. "Experts say 2021 is going to be one of the strongest periods ever for franchising for those businesses that have survived and thrived during the pandemic. If they can make it through this, they can make it through anything, and we expect to be a part of that."

Alkire Lake Capital, which owns more than 350 restaurants across the U.S., including the recent acquisition of an established Fajita Pete's in Missouri City, Texas, echoes those thoughts. The multi-concept franchisee group plans to open four additional locations in the Sugar Land, Texas, area in 2021.

"Fajita Pete's has a core product that they do very well, and there are no big changes we have to make to the business model for the times we're in," said Agrawal, who purchased an equity stake in Fajita Pete's franchising and joined the company's board of directors. "We were hooked on Fajita Pete's from the first time we tried the food, and we see tremendous opportunity with this brand."

"I was drawn to the Fajita Pete's brand because of Pete's firm vision for the future and a rock-solid business model with low operating costs and exceptional food quality," Enright said in the release. "The model plays right into the demands of today's world with contactless delivery and pickup, which they've been doing for years."

In addition to the model and menu, prospective franchisees are also drawn to the size of the restaurants — 1,200 to 1,500 square feet — which keeps rent, construction and maintenance costs down, Mora said in the release.