How food became 'vehicle to dream' for Paris Baguette chef

Yvette Castillo, senior research and development manager at Paris Baguette, opens up about what it takes to be both a food scientist and designer. 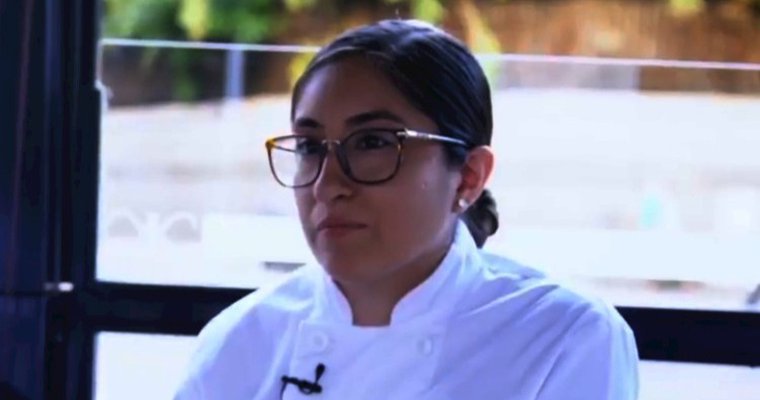 Yvette Castillo has wanted to have a career in the culinary world for as long as she can remember. After all, even as a young child, she loved nothing more than making and decorating cakes at home with her mother, but she also knew, she wasn't going to be any ordinary chef. Castillo wanted to use food as a vehicle to dream.

"When people go to culinary school they just assume they'll be working in a kitchen for 12-14 hours a day," Castillo said, looking back at her evolution from a wide-eyed young food lover to senior research and development manager for the acclaimed neighborhood bakery cafe, Paris Baguette. "But that was never going to be the case for me."

What Castillo has done instead is blend her culinary expertise with the mindset of an ever-searching explorer. In her role for Paris Baguette, she's a designer, yes. But she's just as much a scientist: testing recipes, creating products in her R&D kitchen, scoping out food trends, making sure her recipes work on a large scale and, ultimately, creating a product — in her case, this is often cakes — that can delight customers.

"I love it. It's a different direction than what people assume a chef has to be," Castillo said. "You can really take a culinary career any which way. These types of careers are out there. There's a lot of different concepts now so chefs aren't confined to one path."

Research and Development is "all about getting inspired and then putting your own twist on it."

To that end, she spends so much of her time tinkering and toying with cake-decorating variations or recipe adjustments. She loves the freedom her job provides — the ultimate satisfaction for her is to dream up something new while, of course, making sure it's feasible for other chefs to replicate.

"It definitely involves seeing what will be feasible at the store level," she said, "but for the most part I can do anything I want. The fun part about R&D is that not everything is going to be successful but you have to just keep trying."

This ability to dream big started at an early age: so inclined was Castillo to enter the culinary field that she attended a four-year culinary program at Port Richmond High School in Staten Island. Add a host of culinary competitions to her teenage schedule, and Castillo was well on her way to making her life all about food.

To further her culinary education, she enrolled at Johnson & Wales University. There, she studied baking and pastry before eventually deciding to specialize in Culinary Nutrition with a focus on Food Science.

"I always knew I wanted to do something more than just being in a kitchen," she said.

She's certainly put on her proverbial lab coat over the years: so much of her career has been about breaking a recipe down to its core elements, testing a product's viscosity, for example, or making sure it can work in a much larger manufacturing-type setting.

"I've definitely had to pull out all my tools needed to solve those sorts of problems," she said. And does embracing science in a culinary career surprise Castillo? "Not at all," she says. "I knew what I was getting into and I knew there would be a lot of technicalities behind making anything. I really enjoy it"

And she loves it when her friends regularly call her "a scientist." "It makes sense because I'm definitely applying science on a regular basis in my career."

In the years following her college graduation, Castillo interned for Nestle and worked for several companies and bakeries designing cakes. Add an internship in Madrid in the pastry department of the esteemed Alabaster restaurant, and she had an impressive, well-rounded repertoire that eventually led her to Paris Baguette.

Now, leading the cake decorating team for the chain of bakery-cafes, Castillo is free to dig into her wildest ideas and, just as important, take inspiration from wherever she can find it. An avid user of social media, Castillo regularly peruses Pinterest, Snapchat, Instagram and more for ideas. She also follows cake-world influencers, pastry chefs and famous cake decorators.

"Because you never know where you're going to find inspiration," she said.

Castillo is excited about inspiring others to follow their passion just as she did.

"Hone your skills and focus on that," she said when asked what advice she'd give the next generation of culinary stars. "There's so many possibilities in this industry, and you never know where it will lead you."

As for Castillo, her culinary adventure, as she sees it, is just beginning. Plus, she adds with a laugh, in her job with Paris Baguette she gets to eat cake every day. Not so bad. She laughs, "No diet over here!"

Dan is a freelance journalist based in Minneapolis, Minnesota. He has written articles for publications including Rolling Stone, New York Times, Esquire, Playboy, ELLE, GQ, Men's Journal, NY Mag's Vulture, The Chicago Tribune and many more.

3 ways to bring coastal vibes to your menu

Chef: 'Do these 3 easy things for a healthier menu'